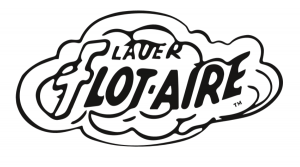 1927 - Twenty-year old Karl Lauer migrated from Germany to the United States with his master’s papers in copper smith and sheet metal fabrication. Karl designed what he called the 'pancake refrigeration system'----- a small compact system used in the wall-hanging pie cases, commonly used throughout the restaurant industry.

1951 - Just a few years after starting his own company, Karl sold it to Pacific Refrigerator Mfg Company. He became a salesman for Pacific and on the side he continued to do independent design and lay out for other companies in California. It was during this time he came up with the original Flot Aire floral cooler system - the system that used low air velocity and a large coil surface, powered by an undersized compressor giving extra humidity and allowing flowers and other fragile items to last considerably longer.

1962- Karl Lauer Sr and his son Karl Lauer Jr branched out and started Flot Aire Inc. For the next 34 yrs they operated in Ontario California building the most desired and professional -looking floral and convenience coolers. It was not before long that Flot-Aire made a name for themselves in the floral industry.

1990- Karl Jr's son Wayne moved to mid-Missouri, looking to expand the company to the East and find a place to start a family.

2004 - The hand-crafted, professional wood look that made the company the leader in floral coolers transitioned to cost effective, non-wooden boxes. These new units not only saved customers money but also allowed flexibility financing.

2020- we launched new PF models that will give customers all the features that they used to pay for, but now are included.